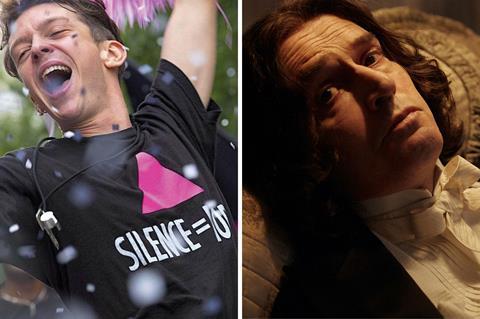 The BFI Flare: LGBTQ+ London Film Festival has announced its full programme for its 32nd edition.

The festival, which runs from Wednesday 21 March to Sunday 1 April, will include over 50 features, more than 90 shorts plus special events including guest appearances, discussions, workshops and club nights.

A Deal With The Universe, a UK feature documentary from former BFI Flare programmer Jason Barker about his gender transition and becoming a parent, will have its World Premiere at the Festival as the Centrepiece Screening.

Robin Campillo’s BPM (Beats Per Minute), about French activists fighting the HIV/AIDS epidemic in the 1990s, is the Special Presentation, while the Special Event in collaboration with The Art Machine is Rise: QTIPOC Representation And Visibility In Film, a single-day series of talks and workshops examining inclusion and stories of queer people of colour on and off screen.

Read more: How to grow audiences? Make it easy for them, say experts

Tricia Tuttle, Artistic Director, BFI Festivals, welcomed the “richly complex and diverse characters and stories” on offer this year, and noted the Festival name change, ”That Q+ reflects shifts in cultural conversations around identity, but also the Festival’s own ethos as welcoming and inclusive.”

Announced last week, the Festival will open with My Days Of Mercy starring Ellen Page and Kate Mara, and close with Steve McLean’s Postcards From London.