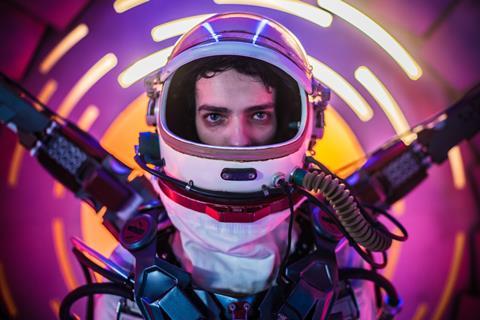 London-based sales outfit Kew Media Distribution (KMD) heads to AFM next week with a slate that includes Nick Broomfield’s documentary My Father And Me, sci-fi 2067 starring Kodi Smit-McPhee and Ryan Kwanten, and Susan Hill’s The Small Hand: A Ghost Story.

2067 takes place on an earth ravaged by climate change when a utility worker who may hold the key to mankind’s survival is dispatched to the future and lands in a luscious green world where he seems to be the only person around.

Susan Hill’s The Small Hand: A Ghost Story from Awesome / Two Rivers Media for Channel 5 stars Douglas Henshall as a dealer in antique books who encounters a ghost carrying a secret from his childhood. Justin Molotnikov directed from a screenplay by Barbara Machin and the cast includes Louise Lombard, Adrian Rawlins, and Cal MacAninch.

Rounding out the slate is a trio of documentaries. Slay The Dragon from Barak Goodman premiered at Tribeca, and is presented by Participant in association with React Films and Ark Media Production and follows a group of social activists; Juice: How Electricity Explains The World crosses the globe to explain people’s ties to the energy resource; and Long Live Rock takes a broad look at the world of celebrity rock ‘n’ roll and its impact on band members and fans.

KMD will continue talks on Alex Gibney’s Citizen K and Grace Sweeney’s documentary The Sheriff, among others.

“The widening array of movie-watching experiences, be it theatrical or streaming, is allowing great films to find audiences more efficiently than ever before, while creating greater demand amongst distributors,” said KMD executive vice-president of sales Jonathan Ford. “Coming into this AFM with such a diverse slate means we’ll be busier than ever – developing the best sales and release strategy for each title.”