Academy Museum to confront controversies in opening exhibits and programmes 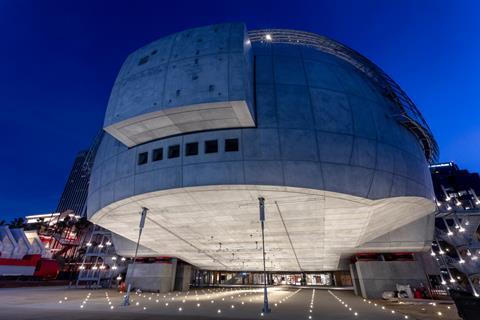 More than six months ahead of its long delayed opening, the Academy Museum of Motion Pictures has revealed details of its initial exhibitions and programmes and promised to “not shy away” from issues like #OscarsSoWhite and racial stereotyping.

Giving the media a virtual tour of the Renzo Piano-designed building in Los Angeles, Museum board of trustees member Laura Dern said that as well as celebrating film exhibits will “explore less proud moments” in the story of the industry and the Academy of Motion Picture Arts and Sciences and “probe troubling histories” of issues such as race in film and the objectification of female characters.

In an online press conference after the tour, Museum director Bill Kramer said: “We didn’t want to erase films and artists and moments that may be uncomfortable. We wanted to confront them and contextualise them throughout all our core galleries.”

“We want to be able not just to acknowledge these questions but to help people come up with the language and tools for talking about them,” added chief artistic and programming officer Jacqueline Stewart.

The Museum building is finally set to open to the public on September 30 and Kramer said he is “hopeful” that that the plan will go ahead in spite of California’s continuing struggle to control the pandemic and distribute Covid-19 vaccines. But, he added, “We will not open if it’s not safe.”

The Museum will begin offering virtual events on April 22, just before this year’s April 25 Oscar ceremony. The programmes will include screenings and interviews with figures including Spike Lee and composer Hildur Guðnadóttir and an introduction to the films of Hayao Miyazaki.

Once the Museum opens, visitors will be able to attend screenings in the venue’s two theatres, including a Miyazaki retrospective, as well as conversations, panels and lectures.