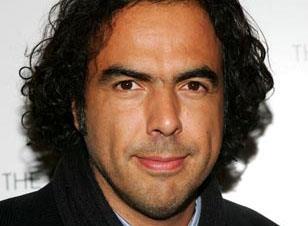 The board of the Academy Of Motion Picture Arts And Sciences has awarded Alejandro G. Iñárritu‘s VR installation Carne y Arena with an Oscar statuette.

The special award will be presented at the Academy’s 9th annual Governors Awards on November 11 “in recognition of a visionary and powerful experience in storytelling.”

In a statement the board said: “The Governors of the Academy are proud to present a special Oscar to ‘Carne y Arena,’ in which Alejandro Iñárritu and his cinematographer Emmanuel Lubezki have opened for us new doors of cinematic perception,” Academy president John Bailey said.

“[It’s] a deeply emotional and physically immersive venture into the world of migrants crossing the desert of the American southwest in early dawn light. More than even a creative breakthrough in the still emerging form of virtual reality, it viscerally connects us to the hot-button political and social realities of the U.S.-Mexico border.”

Carne y Arena is currently on display at LACMA in Los Angeles, the Fondazione Prada in Milan, and the Tlatelolco Cultural Center in Mexico City. It is a collaboration between Iñárritu, Lubezki, producer Mary Parent, Legendary Entertainment, Fondazione Prada, ILMxLAB, and Emerson Collective. Katie Calhoon served as executive producer.

Iñárritu has twice won the best directing Oscar, for Birdman and The Revenant. Lubezki has won cinematography Oscars for both films and a third for Gravity.