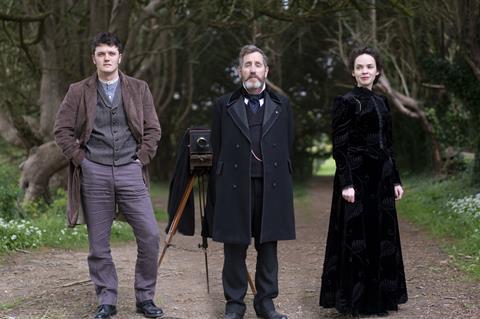 AME, the UK-based development division of US OTT channel Acorn TV, has secured all rights to the series for the US, Australia, New Zealand and the UK. It also has co-premiere rights for Canada and secondary rights for Ireland.

Centring on a memorial photographer in Victorian Ireland who investigates the murders of his subjects, Dead Still will premiere next year on RTE in Ireland and as an Acorn TV Original in the US. Imogen Murphy and Craig David Wallace directed from a screenplay by John Morton, and the piece stars Kerr Logan, Ben Wheatley regular Michael Smiley, and Eileen O’Higgins.

Dublin-based Deadpan Pictures and Canadian company Shaftesbury are co-producing with Germany’s ZDF Enterprises, which will distribute the series in the rest of the world.

RTE’s group head of drama and comedy Shane Murphy said, “John Morton has written a truly unique series and RTE is delighted to work with Deadpan Pictures again and our partners at Acorn, ZDF Enterprises and Shaftesbury. We can’t wait to introduce this mysterious and intriguing drama to Irish audiences.”

AME managing director Catherine Mackin added: “Given the popularity of RTE’s Striking Out, Acceptable Risk and Finding Joy with Acorn TV subscribers, we’re thrilled to commission a first-rate period drama with our friends at RTE. With its fascinating setting, gallows humour, inventive storylines and stellar cast, Dead Still will offer a fresh take on the genre and is sure to interest fans of international dramas.”