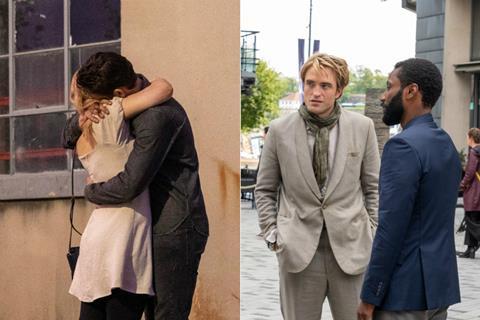 ‘After We Collided’, ‘Tenet’

The romantic drama After We Collided recorded the best per-location average at the UK & Ireland box office this weekend, bringing in £1,359 for each cinema it played in.

The film scored a second successive weekend increase, going up 35% on its previous session with £597,979. It has now passed £1.7m after three weekends.

Hero Fiennes Tiffin and Josephine Langford return for the second in the adaptation of Anna Todd’s novels, with this installment directed by Roger Kumble.

After… is closing in on the number one spot, still held by Warner Bros’ Tenet. Christopher Nolan’s temporal thriller dropped 35% on its previous weekend, bringing in £780,000 for a £13.9m cume.

The film is now the fourth-highest release of 2020 in the UK, behind Dolittle, Bad Boys For Life, Sonic The Hedgehog, and 1917, all of which were released and had most of their theatrical run prior to the coronavirus pandemic.

Warner Bros also opened Bill And Ted Face The Music this weekend. The third in the comedy series took £319,000 across three days for third place and a £556 location average from 574 sites. It has £460,000 including previews.

After the success of Break The Silence: The Movie, another event cinema title succeeded in cinemas this weekend, with André Rieu’s Magical Maastricht: Together In Music taking £124,455 and fourth place for Piece Of Magic Entertainment, with several sites still to report.

The film has further screenings in the coming weeks, in a departure from Piece Of Magic’s previous event releases which focused on a single day.

BFI-backed drama Rocks opened to £44,765 from 72 locations on Friday, expanding to 88 on Saturday, through Altitude. Including previews, the film has grossed £75,478 to date.

Rubika Shah’s rock documentary White Riot opened to £5,581 from 24 locations. It will expand to 53 sites this week including an Everyman Cinemas event day on Wednesday 23. Including previews and festival showings, the film has £42,317, for a running cume of £47,898. 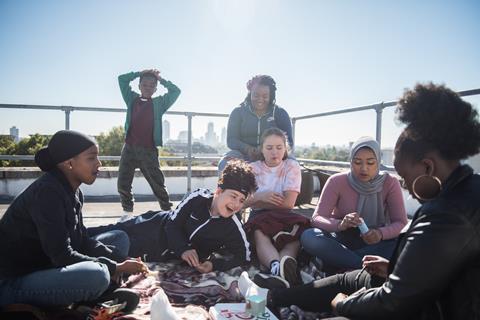