Akshay Kumar to star in Amazon India series 'The End' 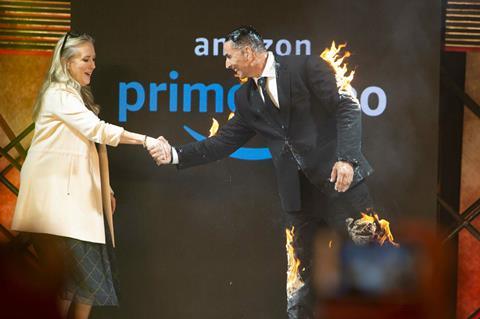 Launched today at an event in Mumbai, the series will be produced by Abundantia Entertainment, which also worked with Amazon India on psychological thriller Breathe. No details were given about the storyline or release date of the series.

Amazon Studios head Jennifer Salke said: “The scale at which The End (working title) is being conceived is enormous and speaks of our passion for creating breakout programming across genres. The storyline and the action sequences have been brilliantly crafted to give viewers a thrilling experience.”

Kumar said: “I have always believed in bringing innovation to my work and throughout my career, have tried to tell unique stories, work with break-through talent and be part of disruptive and high-quality story-telling.”