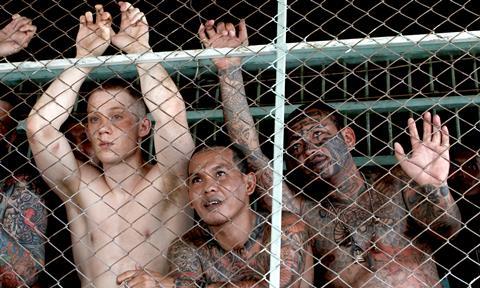 The film is set to premiere at Cannes Film Festival next month as part of the Midnight Screenings programme.

Screenplay is by Jonathan Hirschbein and Nick Saltrese and is from Billy Moore’s book, which is based on his own experiences.

This is director Sauvaire’s second feature after Johnny Mad Dog, which premiered at Cannes in 2008.

The UK-France co-pro was produced by Rita Dagher’s Senorita Films along with Nicholas Simon, Sol Papadopoulos and Roy Boulter.

HanWay Films is handling sales on the title. The UK deal was stuck between Altitude’s Will Clarke and HanWay Films’ Gabrielle Stewart.

A24 previously acquired the title for the US.

Will Clarke for Altitude commented: “A Prayer Before Dawn is a truly visceral and stunning feature from Jean-Stephane Sauvaire. Joe Cole turns in a truly powerhouse performance depicting Billy Moore’s real life experiences that further cements him as one of the most exciting British actors.”

Gabrielle Stewart for HanWay Films added: “The team behind A Prayer Before Dawn has gone through an incredible journey to tell Billy Moore’s story in such an authentic and powerful way, and it is so well deserved they get to premiere the film on the big screen of the Palais in Cannes with partners such as Altitude and A24 by their side.”