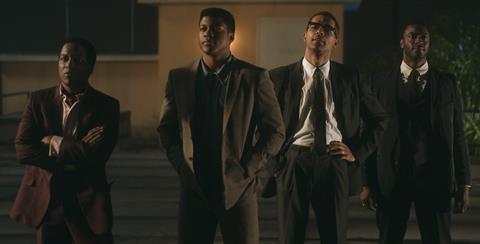 Amazon Studios has joined forces with Curzon to give Regina King’s One Night In Miami a UK theatrical release on December 26.

The historical drama will receive a limited release in the UK one day after the US and ahead of a global launch via streaming service Prime Video on January 15, 2021.

The feature directorial debut of Oscar and Emmy-winner King received its world premiere at the Venice Film Festival in September before screening at Toronto, the BFI London Film Festival and AFI Fest among others.

Over the course of one night, the four black icons take stock of their lives and their role in the civil rights movement.

If King is nominated for best director, she will be the first black woman in Oscar history to receive a nod in that category.