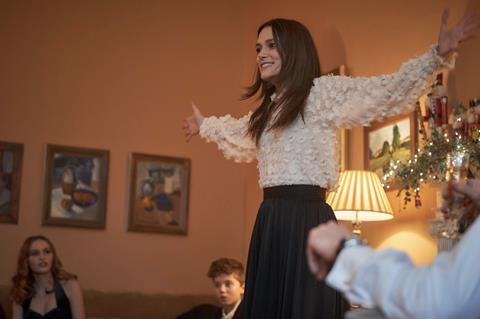 AMC+ and RLJE Films have acquired North American rights to Silent Night featuring an ensemble cast led by Keira Knightley ahead of the dark comedy’s Toronto world premiere in Gala Presentations on September 16.

The AMC Networks stablemates plan a day-and-date release in December on Camille Griffin’s directorial debut from Maven Pictures and Marv Films about a group of friends who gather for an eventful Christmas dinner as the world is about to end.

Endeavor Content handles international sales at TIFF and has struck deals with Altitude for the UK, Metropolitan for France, Leone for Italy, Capelight Pictures for Germany, Sena for Iceland, and Salim Ramia for Middle East.

RLJE chief acquisitions officer Mark Ward brokered the deal on behalf of RLJE and AMC+ with Endeavor Content on behalf of the filmmakers.