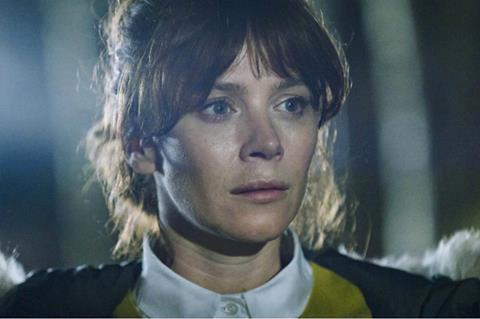 Anna Friel, star of Netflix series Marcella and Starz! drama The Girlfriend Experience, is attached to play the lead role in WWII biopic Margery Booth: The Spy In The Eagles Nest.

Fresh from her International Emmy best actress win for Marcella, Friel is in talks to play the little-known but remarkable English opera singer Booth, a spy who performed for Hitler and British POWs.

The UK actress, who is currently filming a second series of crime-drama Marcella, has recently played in movies including John Moore’s I.T. and Bobby Miller’s The Master Cleanse. The actress will also be a co-producer on the project.

Wigan-born Booth (1905-1952) emigrated to Germany before the outbreak of WWII, during which she helped British intelligence service MI6.

Booth sang at a British prisoner of war camp and met Adolf Hitler, who reputedly sent the singer a dozen roses wrapped in a Swastika flag following a performance during which the singer was concealing secret messages for the Allies under her dress.

Towards the end of the war Booth was arrested and tortured by the Gestapo but she escaped Berlin during a bombing raid and returned to Britain where the information she provided helped in the Old Bailey trials of William Joyce, known as Lord Haw Haw, and John Amery, both of whom were hanged for treason.

However, Booth was professionally rejected in the UK after some producers mistakenly concluded that she had been a Nazi. After emigrating to New York she was referred to a doctor who diagnosed her with terminal cancer, which claimed her life soon after.

The biopic’s script is understood to include a duet between Booth and Hitler in which they both sing Cole Porter song You’d Be So Nice To Come Home To.

Franz Von Habsburg of UK outfit Imperial Film Productions has been developing the long-gestating spy project with first-time screenwriter Ralph Harvey. Laurence Olivier’s son Tarquin Olivier is on board as an associate producer while Von Habsburg is in talks with former Studio Babelsburg chief Thierry Potok (The Constant Gardener) to board as a producer.

Peter Davies, whose credits as editor include Bond films Octopussy, A View To A Kill and The Living Daylights, is due to make his directorial debut on the film.

The producers are in discussions with UK investors for the project and are in talks with production consultancy International Film Partners about German co-producers and a Studio Babelsberg shoot. German outfit Atlas International is on board to handle sales.