The Purge: Anarchy generated strong buzz ahead of this weekend’s release but Dawn of the Planet of the Apes remains king of the swingers. 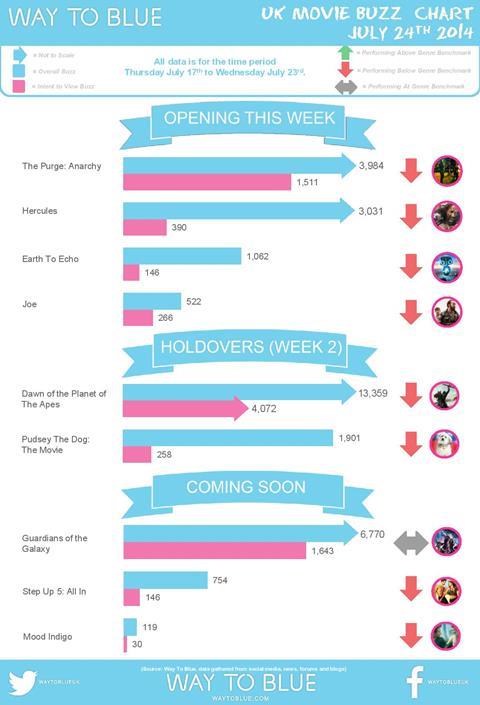 The Purge: Anarchy looks set to draw decent box office this weekend in the UK, as social networks were buzzing with chat of the horror sequel.

Nearly 4,000 comments were made across social networks from July 17-23 about the film, with more than 1,500 of those expressing intent to view.

Dwayne Johnson’s turn as Hercules could not quite match that performance with more than 3,000 comments, with around just 10% of those expressing intent to view.

Dawn of the Planet of the Apes continued to rule all with well over 13,000 comments, of which a healthy 4,000+ expressed intent to view.

Ahead of its release next week, Marvel’s Guardians of the Galaxy is starting to generate buzz with nearly 6,800 comments across the period.