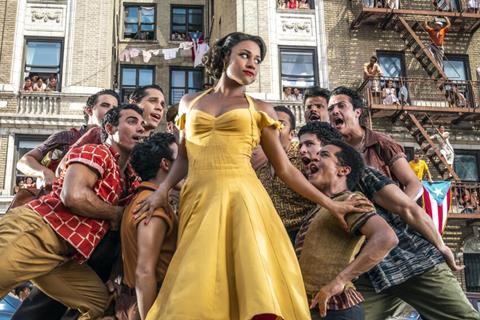 Ariana DeBose in ‘West Side Story’

Fresh from her Oscar win for West Side Story, Ariana DeBose has joined the cast of Poolman, Chris Pine’s directorial debut for AGC Studios.

Jennifer Jason Leigh has also signed on for the comedy mystery, financed by AGC, joining Pine, Annette Bening and Danny DeVito in the cast.

Pine co-wrote the script for Poolman with Ian Gotler and will produce with Stacey Sher and Patty Jenkins. Matthew Jensen is serving as cinematographer. The film goes into production next month in Los Angeles, where the story is set.

As well as the supporting actress Oscar, DeBose won SAG, Golden Globe and Bafta awards for her performance in West Side Story. Her other credits include Hamilton, The Prom and Westworld.

Leigh is known for films including The Hateful Eight, Backdraft, Short Cuts and Single White Female.

DeBose is represented by CAA and AC Management and Leigh by CAA and Untitled Entertainment.