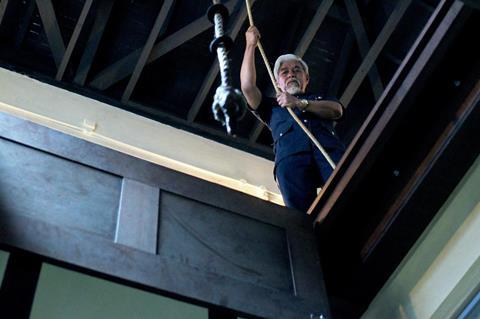 Junfeng’s tale of a young prison guard being groomed to succeed a prison hangman generated favourable reviews and buyers are also reacting positively to the feature. Paris-based Luxbox handles sales.

“We’re excited about bringing this to the UK and Eire audience in the near future and also to be continuing our strong relationship with Luxbox.”

Version Originale Condor will release the film in France on June 1 and Clover Films has scheduled a Singapore release for June 30.

Luxbox made its Cannes debut this year having been launched by former NDM head of sales Fiorella Moretti and publicist and producer Hedi Zardi last October.