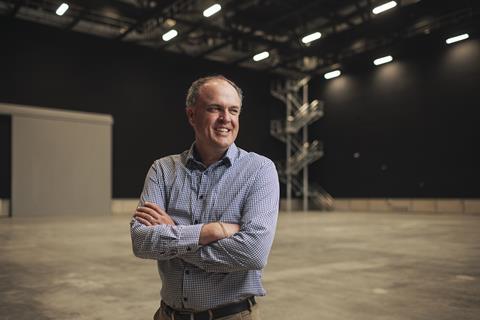 The year-long construction project was made possible by $19.2m (NZ30m) funding from the New Zealand Government, with the remaining $4.8m (NZ7.5m) from studio owner Auckland Council.

Auckland mayor Wayne Brown joined New Zealand’s Minister for Arts, Culture and Heritage, Carmel Sepuloni, in opening the two new stages on Thursday. The studios are located in Henderson, in the northwest of New Zealand’s North Island, a 30-minute drive from the city centre and Auckland’s coastline locations

Screen Auckland manager Matt Horrocks said the new stages were built to meet the growing demand of the past five years for studio space and quality content. They are already booked, with a unnamed production due to start work there in the new year. Recent projects have included The Lord of the Rings: The Rings of Power for Amazon Prime and Sweet Tooth for Netflix.

“These studios were designed with the input of senior screen producers who understand the needs of premium productions,” said Horroacks.

The new stages were gifted the name “Te Pūtahi’” (to join and intersect) by the local Māori iwi, Te Kawerau a Maki – as a place where people will meet to make creative works for the world stage.

“The two new stages mean AFS can now cater for much larger single productions, or multiple smaller productions at once,” said Brown. “They strengthen AFS and Auckland’s west as a screen destination at a time when New Zealand’s global reputation for big budget productions is growing.”