Performance poet with Asperger’s brings his experience to debut film. 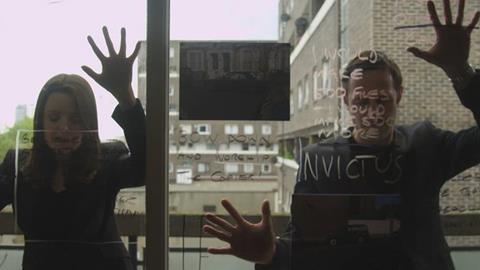 Stretch New Media, a new film and digital-media producer established to support and give voice to vulnerable groups, has announced its first production, Frosted Glass, which started shooting today in London.

The 40-minute film is a semi-autobiographical story written by Anthony Fairweather, an award-winning poet and performance artist whose poetry helped a psychiatrist diagnose him with Asperger’s Syndrome at the age of 26. Frosted Glass is based on Fairweather’s experience and the stigma of mental illness.

Directed by cinematographer Ben Cole (The Wedding Video, 1 Giant Leap) with assistant directors Chloe Plumb and Chris Spence, Frosted Glass is exec produced by Dean Stalham and Carlotta Allum for Stretch New Media. The film has been funded by a combination of private investors and a crowdfunding initiative, which is ongoing in a bid to complete the film.

Frosted Glass stars Andrew Dowbiggin as a talented poet with Asperger’s who is interviewed by a journalist about the challenges of living with mental illness and explains his experiences through a series of surreal flashbacks.

Cole said: “When Anthony approached me to make this film, I was touched by both his creativity and intelligence, and this beautiful story of self- and mutual discovery. This is a labour of love for all the contributors.

“We hope it will be a truly ground-breaking piece that will reveal the importance to society of people with Asperger’s, while beguiling us with a unique love story.”