‘Avatar: The Way Of Water’ is highest grossing release of pandemic era in France, Italy 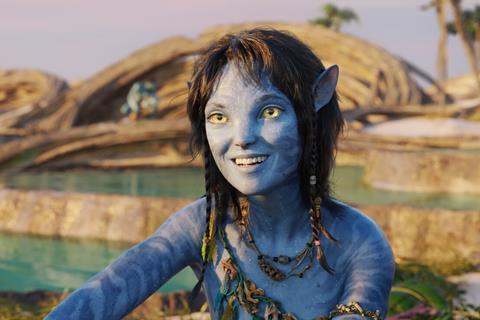 Avatar: The Way Of Water has become the highest grossing release of the pandemic era in France and Italy and is confirmed as the top international release of 2022 after soaring past $800m.

Latest running totals put James Cameron’s action fantasy sequel at $81.6m in France and $27.1m in Italy. Medusa’s migrant crisis comedy Tolo Tolo earned $52.2m in 2020 according to Box Office Mojo, however it opened in January and earned some $50m of its final tally within that month, prior to the onset of the pandemic era.

Top Gun: Maverick remains the highest grossing global release on $1.4bn and the second highest of the pandemic era behind Sony’s 2021 behemoth Spider-Man: No Way Home on $1.9bn.

Avatar: The Way Of Water has earned close to $300m worldwide over this week’s Monday to Thursday period and heads into a third weekend with little competition, putting it on course to surpass Maverick’s global haul as early as Sunday or Monday. It is expected to cross $400m in North America by the start of next week.