The superhero sequel is smashing records before it is even released. 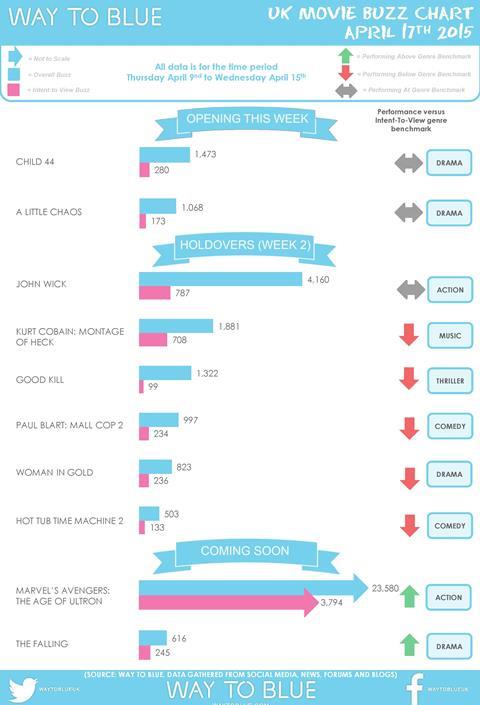 Marvel’s Avengers: Age of Ultron has crushed the competition on social media a full week before its UK release, according to Way To Blue.

Of those comments, 16% expressed an intent to view, meaning they would likely head to the box office and see the film.

The chart did not include Star Wars: The Force Awakens, which stormed social media yesterday following a flurry of fresh announcements and a new teaser trailer.

However, in the seven days to April 15, Avengers: Age of Ultron cast a shadow over recent releases including Keanu Reeves revenge thriller John Wick, which generated more than 4,100 comments (19% ItV); and documentary Kurt Cobain: Montage of Heck, which recorded close to 1,900 comments (38% ItV).