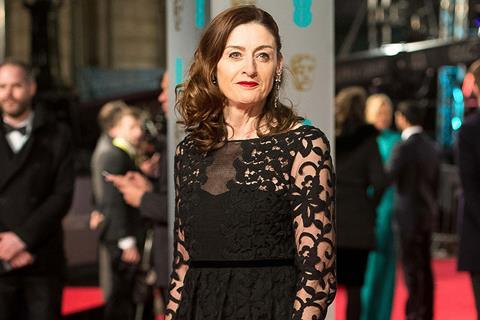 Bafta chief executive Amanda Barry has echoed calls from Time’s Up UK for a high-level summit to address the need for a consistent and trusted UK industry-wide approach to responding to allegations of bullying and harassment.

She said in a statement: “We join Times Up UK in calling on the industry to come together at a high-level summit to address the urgent need for a consistent and trusted industry-wide approach to responding to allegations of bullying and harassment, as well as to make meaningful changes to the culture and working practices to support people making complaints and better safeguard all those working in the screen industries.

”As part of this, Bafta is accelerating its work with industry partners to encourage employers to adopt the bullying, harassment and racism prevention guidance that we developed in partnership with the BFI and other organisations in response to these issues.”

Earlier this week, Time’s Up UK called for an independent body to provide a safe space to victims, reference for complaints and guidance to the sector when faced with allegations.

The lobbying group, which sprung up in the wake of the Harvey Weinstein allegations, has issued plans for a seven-point Independent Body for Film, Television and Theatre, while also calling for intimacy co-ordinators to be mandatory on all productions.

The body, which is being worked up with Fieldfisher, the law firm that represented many of Weinstein’s victims, would focus on the “grey space” that falls outside the responsibility of producers and broadcasters, where there are gaps in policy and provision.

It would provide a safe space for victims to report incidents and seek advice, a reference point for complaints and guidance to the sector when faced with allegations.

It would also have the power to conduct confidential investigations when judged appropriate and provide a framework that safeguards complainants. Time’s Up also issued a desire for the body to publish factual determinations and recommendations.

Chair Heather Rabbatts, who runs Red Arrow label Cove Pictures, said: “We have all recognised in recent weeks that we need to make a step change in the work of tackling harassment, abuse and bullying which builds on the work that so many have already put into place and action.

“The proposal for a new standards organisation will not only reinforce all the current guidance but it will also be able to address many of these gaps in provision and bring together the whole sector with a unified and coherent response.”

Times Up: independent body would offer:

Separate from the body, Time’s Up urged mandatory intimacy co-ordinators on every set.

The group has worked closely in recent years with I May Destroy You intimacy co-ordinator Ita O’Brien.

On Sunday, Michaela Coel dedicated her Bafta acceptance speech to O’Brien and the “essential work” she carried out on the BBC1 drama about sexual consent, which has swept up at recent awards ceremonies.

Speaking to the Guardian earlier this week, O’Brien said demand for her services has picked up since the 2018 Weinstein scandal but she is often treated by directors and producers as a “box-ticking exercise”.