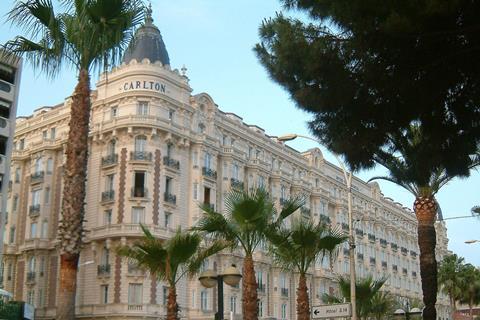 The Carlton Hotel in Cannes

“If you can structure your project the right way, it releases pressure off the marketplace, which has never been harder. We’re no longer competing within film for talent, we’re competing with over 700 scripted TV shows,” said Mike Gabrawy, chief creative officer at Arclight Films on the talent shortage in the independent film space, at the annual International Finance Forum presented by Winston Baker on May 11.

Gabrawy and fellow panellists Nate Bolotin of XYZ Films, Charlotte Van Weede, president of international sales at Global Road Entertainment and Mark Hutchison, tax partner at Armanino took part in the ‘Demystifying the Changing World of Film Finance’ panel at the Forum at the Carlton Hotel, and addressed a variety of topics, from how to mitigate risk on projects to challenges in the gap-financing space.

The panellists agreed smart and nimble business decisions were the key to being able to thrive. And there was a positive outlook on this year’s Cannes market. “Buyers are a little bit more upbeat than they were at AFM and EFM,” said Weede. “There is more in the market in a diverse kind of way.”

But, she added, agreeing with Gabrawy’s assessment, “there is a longer term issue for the market in that access to talent has become much more difficult.”