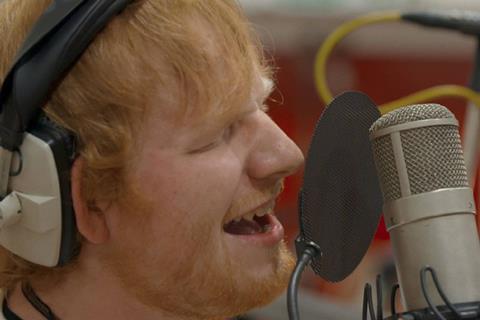 Erik Poppe’s Anders Breivik drama ‘U - July 22’ has been added to the competition line-up for 2018 Berlin Film Festival, it was announced today (6 Feb) at the official programme press conference.

Dieter Kosslick, in his penultimate year as festival director, also revealed that the final Berlinale Special title will be Ed Sheeran documentary Songwriter, directed by Murray Cummings. Both films will have their world premieres in Berlin.

It was announced that Willem Dafoe, Beki Probst, Katriel Schory and Jiri Menzel will be honoured at the event, which runs from 15 Feb-25 Feb.

Dafoe, nominated for an Oscar this year for The Florida Project, will be presented with an Honorary Golden Bear on February 20 before a screening of Daniel Nettheim’s 2011 film The Hunter. The festival will screen 10 of his films, including Antichrist, Mississipi Burning and Platoon. Dafoe served a member of the festival’s International Jury in 2007.

Kosslick announced that the Berlinale Camera award, which pays tribute to personalities or institutions that have a made a unique contribution to film, will be presented to Beki Probst, President of the European Film Market (EFM), which launched 30 years ago at the Berlinale in 1988.

The other two Berlinale Cameras will go to Katriel Schory, head of the Israel Film Fund, and Czech actor-director Jiri Menzel.

In addition, the other members of this year’s International Jury, headed by German filmmaker Tom Tykwer, were revealed today.

This could be a reference to the Cannes Film Festival controversy in 2015, when some women were turned away from a screening for not wearing high-heel shoes.

In an extensive statistical overview which also included a breakdown according to gender, the festival revealed that a total of 7,991 films were submitted for consideration in one of the festival sections (up from 7,421 in 2017) and 385 films were then selected for the festival programme (excluding the films in the LOLA@Berlinale section).

The number of screenings at the EFM has increased from 935 to 1,109 this year (including the 81 LOLA@Berlinale screenings).