Between 10 and 12 begins shoot 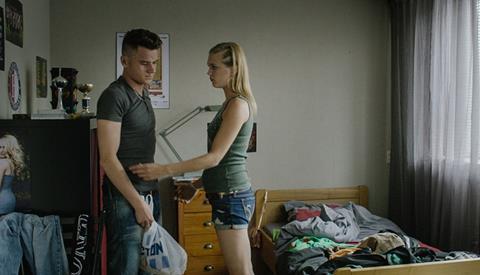 The film will be released in Dutch cinemas by Amstelfilm in 2014.

Set on a typical summer’s day, a devastating piece of news is delivered by two officers in a police car that changes the lives of a family forever. As the journey progresses, the vehicle becomes more crowded with family members and reveals their inner turmoil.

Hoogendoorn developed the script at the Binger Filmlab in Amsterdam. The project was presented at the CineMart at the International Film Festival Rotterdam in 2010. The film is supported by Eurimages, the Dutch Film Fund, Screen Flanders, Region Alsace and CoBO and will be distributed by Amstelfilm.

Hoogendoorn said: “There is a tension in life between the horrible tragedies we encounter and the nitty gritty of everyday worries we face. That fascinates me. My goal is to shape this tension in my films that I make, because everything human is found somewhere between the extremes of a cheese sandwich and death.”