‘Between Two Dawns’, ‘Grace’ clinch top awards at Turkey’s Meetings on the Bridge 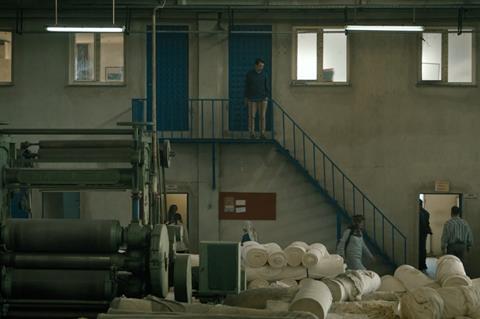 Turkey’s Meetings on the Bridge project development and post-production event has unveiled the winners of its 15th edition which ran online on April 14 -17 due to the Covid-19 pandemic.

Nacar’s debut feature following a number of award-winning shorts revolves around a young man who is pressured into covering up a serious accident at his family’s factory. It is produced by director-producer Burak Çevik at Kuyu Film, whose film Belonging premiered in the Berlinale Forum in 2019, and Diloy Gülün at Karma Film.

The work in progress jury – made up of producer Cedomir Kolar, Locarno programmer Daniela Persico and sales agent Yohann Comte – praised the feature for the way it tackled “moral questions of a new generation of sons, struggling with a society that keeps them on the sidelines.”

Between Two Dawns was among 29 films and projects participating in this year’s virtual Meetings on the Bridge, across the sections of work in progress, the film development workshop and neighbours platform, aimed at projects hailing from territories on Turkey’s border.

In further work in progress prizes, Nazli Elif Durlu won the Color up post-production award for Zuhal, about a woman who connects with her neighbours while trying to trace the source of a cat’s meow in her apartment.

Ahmet Necdet Copur’s drama Whitewash clinched the Daire creative key art design award. It explores the phenomenon of underage arranged marriages through the tale of a young couple seeking a divorce in a village on the Turkish-Syrian border.

The jury said it had been “intrigued by the director’s vision and his awareness of cinematic form, challenging narratives and his ability to jigsaw the puzzles of this multilayered project”.

In the neighbour platform, a €8,000 award provided by France’s National Cinema Centre went to Iranian directors Sahar Salahshoori and Bahar Shoghi’s documentary Chronicle Of A winter: Tehran 1979, which is produced by award-winning documentarian Mina Kesheveraz.