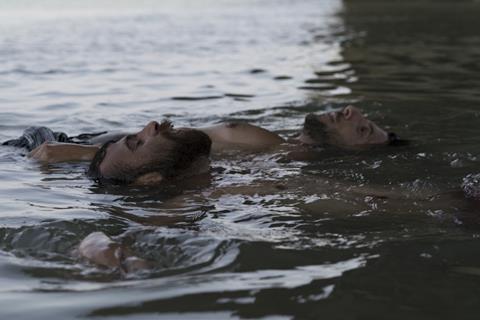 Spanish production Between Two Waters (Entre Dos Aguas) by Isaki Lacuesta has won the top award at the San Sebastián Film Festival, marking a second Golden Shell for the Spanish director who after claiming the top prize in 2011 for The Double Steps.

Between Two Waters tells the story of two Roman brothers who meet again after years apart, one having spent some time in prison, the other in the army.

The title is a Spanish expression that translates to “neither here nor there”, and is also the title of a classic flamenco theme by guitarist Paco De Lucía.

Working with non-actors, Lacuesta picked up a fictional story he started in a previous film, La Leyenda Del Tiempo, 12 years ago. Entre Dos Aguas – distributed by BTeam Pictures and sold by Filmax – is faithful to the Catalan director’s style of fiction with a documentary feel.

The jury of the 66th edition of the San Sebastián Film Festival, presided by Alexander Payne, awarded the Silver Shell for Best Director to Benjamín Naishtat for Rojo, a Latin American and European period thriller set in the turbulent 1970s in Argentina. The film arrived in San Sebastián for its European premiere after premiering in Toronto.

Rojo also earned the Silver Shell for Best Actor for Darío Grandinetti, who stars alongside Alfredo Castro (The Club).

The Silver Shell for Best Actress went to Pia Tjelta for her tour-de-force performance in the Norwegian drama Blind Spot by first-time feature director Tuva Novotny. Trustnordisk handles sales on the single-shot film that was one of the last films to play in the Spanish festival and turned out to be a critical surprise.

The Special Jury Prize was awarded to Alpha, The Right To Kill, a thriller by veteran Brillante Mendoza about the war on drugs in the Philippines, a subject he tackled in his TV series and Netflix title Amo.

The Best Screenplay award was shared ex aequo by Paul Laverty for his take on dance star Carlos Acosta’s life in Icíar Bollaín’s Yuli, and Louis Garrel and Jean-Claude Carrière for A Faithful Man.

Bradley Cooper attended with A Star Is Born, which closed the Pearls section of the festival.