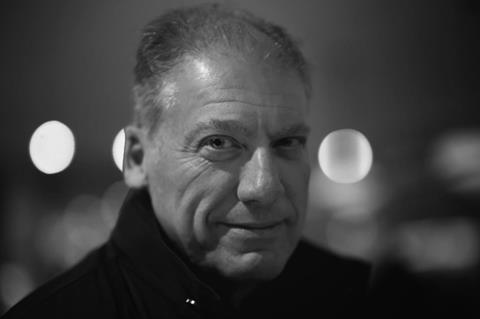 Adrian Wootton, the chief executive of Film London and the British Film Commission, predicted the UK screen industries have the capacity to bounce back from the effects of the ongoing Covid-19 pandemic “in an even better space than we were in March this year”.

Wootton was speaking at today’s Westminster Media Forum on ‘Next Steps For The UK Film And Wider Screen Industries’.

“Some 80-90% of our industry has gone back to work in a very short time,” Wootton said of the industry “fight back” in recent weeks.

In 2019, film and TV production spend in the UK was over £3bn, the majority of it was from inward investment. Wootton suggested those numbers could be matched, and even exceeded, in coming years in spite of the pandemic.

“It all froze. And it froze with something like £1bn worth of work on the UK studio [floors],” Wootton said of the suspension of production during the months the UK was in lockdown. “Then you add on domestic television and independent film - billions of pounds were frozen and thousands of people didn’t have any work.”

Wootton also sought to put a positive gloss on Brexit. Acknowledging there will be “challenges” and “technicalities” for the industry to address as the UK severs itself from the EU, he insisted: “[Brexit] won’t change our relationship with those inward investors who want to invest in content here and in infrastructure here…the underlying conditions are all there.”

“If we can harness that content boom, we could get from £3bn [in production spend] to £6bn by 2024,” Wootton suggested.

He highlighted the employment opportunities of the sector.

“We need young people from all over the county…the jobs in this sector are not jobs that are going to be destroyed by automation. They are long -term career opportunities. This is not fantasy,” Wootton insisted. “It’s a fantastic opportunity to generate billions of more pounds for UK PLC and generate a new long term, larger workforce that can change the UK economy.”

Under BFC leadership, said Wootton, the industry mobilised to provide guidance and support for the resumption of production.

“We published our guidance, I think the most comprehensive guidance in the world, in June, and what happened pretty much immediately, was the lights went back on in our studios and thousands of people started working,” said Wootton.

Films and high-end TV series including Universal’s Jurassic World, The Northman, Amazon and Starz’s Outlander and Netflix’s The Witcher, he said, are either now back in production or very close to resuming. Quarantine exemptions to personnel arriving from the US into the UK negotiated by the industry have enabled “high- level talent” to come back into the UK. The £500 million Film & TV Production Restart Scheme, under which the UK government will cover the cost of any Covid-related costs, is now in place.

“We are one of the only countries in the world that has this level of production and employment,” Wootton said.

He pointed to the continuing expansion of studio facilities and infrastructure across the country. Much of this expansion, he noted, is being financed by private sources.

“Pinewood and Shepperton have announced 30 new stages…we have expansion at Leavesden; we have expansion at Elstree; we have the Sky/Universal complex…the Littlewoods complex in Liverpool, what Screen Yorkshire is doing with Church Fenton, Barking and Dagenham in one of the most economically challenged areas of London,” said Woottton of the UK studio scene.

“We have all these incredible opportunities. They’re not stopping because of Covid. In fact, the appetite for doing them is even greater notwithstanding the challenges we’ve recently experienced.”