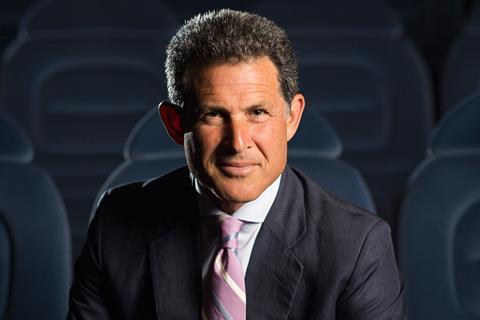 The UK’s Department of Culture, Media and Sport (DCMS) has begun the search for a new chair of the British Film Institute (BFI) to replace Josh Berger, who is stepping down in November 2020.

Berger has served on the BFI board since 2011 before becoming chair in 2016, and has served the maximum ten-year term permissible as a governor and chair under the BFI Royal Charter.

He was due to step down in February, but his term was extended following the appointment of Ben Roberts as BFI CEO at the end of 2019. Berger, president and managing director of Warner Bros Entertainment, UK, Ireland and Spain, oversaw Roberts’ appointment following the departure of Amanda Nevill.

The search for a new chair comes at a pivotal time for the BFI, as it attempts to oversee the recovery of the British film industry following the Covid-19 outbreak.

The BFI chair is an unpaid position that involves working up to two days a month. The assessment panel is DCMS director for media and creative industries Robert Specterman-Green, BFI governor Pat Butler and one TBC senior independent panel member. The job description is here.

Berger said in a statement: “It has been a very great privilege to be part of this wonderful organisation for the last ten years, initially as a governor and latterly as chair since 2016.

“In the world in which we find ourselves the BFI is more important than ever. The BFI is a champion of British film, is the guardian of the nation’s film and television heritage and has put diversity and inclusion at the heart of everything it does and is driving this across our industry. During this pandemic, film culture has proved itself more important than ever to our lives.

“The leadership role played by the BFI has never been more crucial as the industry seeks to recover following the impact of Covid-19. During this challenging period the BFI has led the industry, working with Government and with key partners, to lay the foundations for film production and exhibition to start safely once again and continue to drive the UK’s economic growth.

“This is an extraordinarily exciting time for the BFI as Ben Roberts, the dynamic new chief executive begins to define the organisation in the years ahead and deliver a new strategic vision. The role and support of the new chair will be fundamental to the success of this.

“I would like to thank my fellow governors for their support over the years. The BFI is a tremendous organisation, with exceptional staff who care deeply about what they do. I look forward to watching its continued growth in the coming years, both as a passionate cinephile and ardent supporter of its work.”

Ben Roberts added: “In the months since my appointment as chief executive and during one of the most challenging periods in the BFI’s history, Josh has led the board with great determination and offered myself and the executive team enormous support and counsel.

“There will be many opportunities to do so in the coming months, but as the search for a new chair commences, I would like to express my gratitude for his leadership and wisdom.”