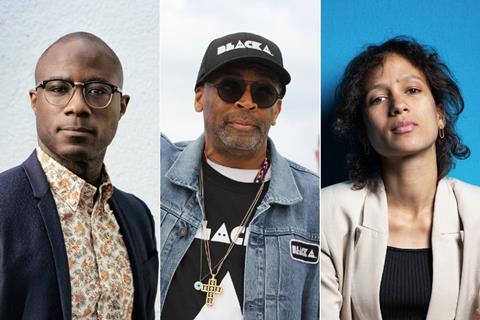 Black filmmakers are being significantly underrepresented in the main sections of the world’s major competitive film festivals, according to a Screen study of the last three years.

Screen has surveyed the main international competitions of the 14 A-category festivals to have held an edition in 2018, 2019 and 2021 (several festivals did not take place in 2020 due to the pandemic, while Montreal World Film Festival took place in 2018 but not subsequently). 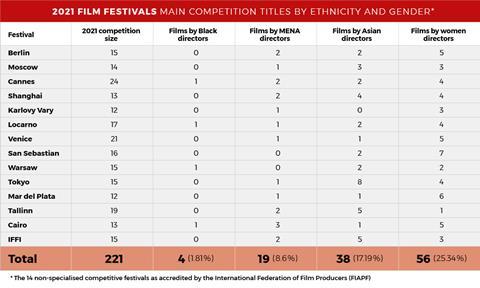 In total across the three years, only eight of 670 films (1.19%) came from Black filmmakers.

No Black director has appeared twice in the main competition at any of the festivals across this time.

Nine of the 14 A-class festivals haven’t programmed any Black directors in their main competition section across the past three years.

Black filmmakers who have appeared in competition at major festivals in this time include Barry Jenkins, whose feature If Beale Street Could Talk played at Argentina’s Mar Del Plata Film Festival in 2018; Spike Lee, who appeared in Cannes Competition that year with BlacKkKlansman; and Mati Diop, who was in the Cannes section the following year with Atlantics.

Screen has contacted the International Federation of Film Producers Associations (FIAPF) for comment on tthe statistics; in response, the FIAPF has said it does not have its own statistics available.

For comparison, Screen has also analysed the figures for films by Arab and Asian directors; and for films directed by women, which has previously been highlighted as an area of underrepresentation at major film festivals. 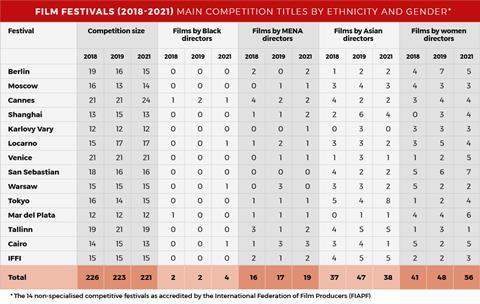 These figures highlight the relative lack of Black directors included in these sections, and that while there is a slight increase since 2018, it is not keeping pace with inclusion for other global majority identities.

The absence of Black filmmakers at major festivals has a significant effect further down a film’s journey, through to awards; for example, none of the 73 films to have won the Oscar for best international feature was made by a Black director.