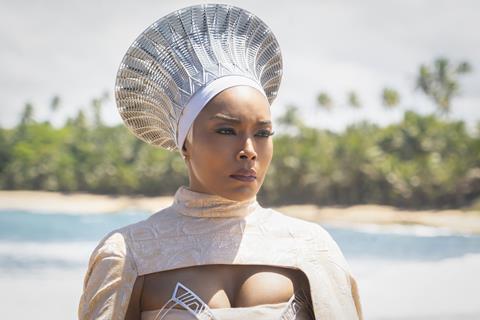 Disney’s Black Panther: Wakanda Forever debuted bigger in North America in international markets – but those numbers reverse for the second weekend of release.

Estimated second-weekend takings for the Marvel sequel are $67.3m in North America (down 63% from the $181.0m opening) and $69.8m for international (down 49% from the $150.3m opening, when comparing takings for the Friday-to-Sunday period in holdover markets).

Wakanda Forever remained the top non-local film in all international markets – losing out only in a handful of territories where there is a strong local competitor.

Globally, the film is already the eighth-biggest box office hit of 2022, and is the third Marvel Cinematic Universe title in the year’s top 10 – alongside Doctor Strange In The Multiverse Of Madness ($1.00bn worldwide) and Thor: Love And Thunder ($761m).

Among major markets, Wakanda Forever enjoyed its strongest holds in Germany (down 31%) and Australia (down 39%).

Despite the impressive numbers, Wakanda Forever is behind the pace of the first Black Panther film, especially in North America where the original stood at $403.6m after the first 10 days. Globally Black Panther had reached $704m after the second weekend – on its way to a $1.35bn total.

Sequels usually burn brighter initially and fade quicker than the launch title in a franchise, so Wakanda Forever might struggle to follow the path of Black Panther and, by the end of its run, almost double the number achieved after two weekends of play – unless it secures release in China, where Black Panther scored $105m. (Russia also added $19m to the Black Panther total.)

The coming Thanksgiving holiday should provide a boost to Wakanda Forever in North America at the end of this week, and Disney will be looking for a strong hold domestically for the third weekend of play.

Disney – where Bob Iger has just returned as CEO, replacing ousted topper Bob Chapek – will be hoping that Wakanda Forever can push into the very high hundreds of millions of dollars worldwide, and maybe join the Doctor Strange sequel in the $1bn winners enclosure. 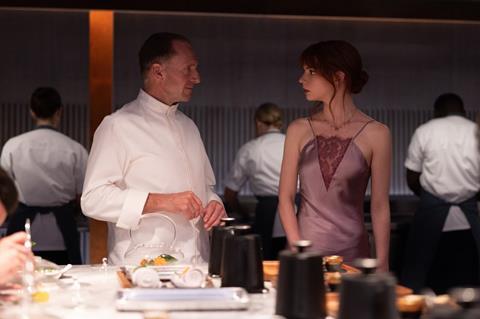 Disney’s specialty arm Searchlight Pictures should be happy that its latest title The Menu is the second-biggest film globally at the weekend. The genre-infused dark comedy debuted in North America with an estimated $9.0m and in 36 first-wave international markets with $6.2m, delivering a $15.2m global total.

The film opened in the top three in a number of international markets including UK/Ireland, Italy and Mexico.

UK/Ireland led the way outside North America with an estimated $1.1m, ahead of Italy and Germany (both $700,000). This coming weekend sees The Menu land in major markets France and Australia, plus Belgium, Netherlands and New Zealand.

With a production budget reported at $30m, The Menu should deliver a profitable outcome for Disney by the end of its run, assuming marketing costs are proportionate.

In North America, The Menu beat a religious-themed rival for second place at the box office. Fathom Events released the first two episodes of season 3 of TV series The Chosen into cinemas, grossing an estimated $8.2m in North America and $8.3m worldwide. Created by Dallas Jenkins, the series tells the story of the life of Jesus, and began in 2017 with a crowdfunded pilot. The show is usually free to watch via a number of streaming services, and viewers are encouraged to “pay it forward” by making contributions to fund future episodes.

The latest takings push the global tally for the film to $98.6m.

The Bride Of Halloween is the 25th film in the Case Closed series based on the manga of the same name by Gosho Aoyama, and is directed by Susumu Mitsunaka. It was released in Japan in April.

Apart from The Bride Of Halloween, China’s box office remains pretty flat, with second-placed The Tipping Point delivering just $3.8m. China box office this year is running 35.2% behind 2021 at the same stage of the year, according to Artisan Gateway.