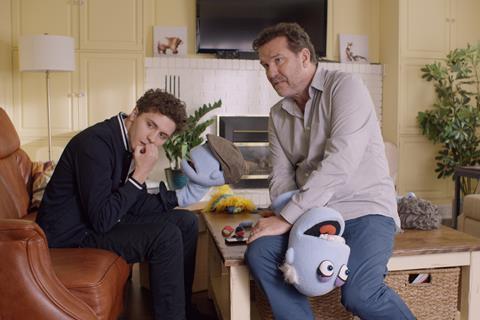 Shooting on the Canada-UK comedy drama is underway in Sault Ste. Marie, Ontario, Canada. Linda Kash, Rose Reynolds, Rob Stewart, and Dylan Llewellyn round out the key cast and Joan Carr-Wiggin directs from her screenplay.

McKee plays Ava, who is encouraged by her husband (Stewart) and pregnant daughter (Reynolds) to take up gourmet cooking after she loses her job. Instead, she signs up for a drama class where she is cast as Juliet and falls in love with her Romeo (Hodge).

Producing A Grand Romantic Gesture are David Gordian of Toronto-based Paragraph Pictures, and Alan Latham of the UK’s Highfield Grange Studios. Paragraph develops, finances and produces “Triple F” films – features written and directed by a woman, with a woman in the lead role.

Toronto-based levelFILM will distribute in Canada. The company’s credits include Michael Moore’s Fahrenheit 11/9 and Sundance 2018 hit Hearts Beat Loud, and among its upcoming releases are recent Cannes Comeptition selection Les Misérables, and The Last Black Man In San Francisco.

McKee is well known to British audiences and has starred in The Borgias, Notting Hill, In The Loop, and Our Friends In The North, among many others. Hodge’s acting credit include Black Mirror, The Night Manager, Red Sparrow, and upcoming release The Report.