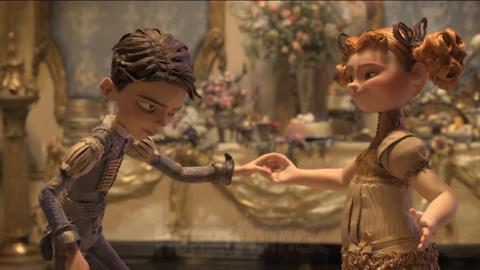 Thanks to a week-on-week rise of 2% (excluding previews), The Boxtrolls has held off stiff competition from A Walk Among the Tombstones to retain the UK box office lead.

Pipped to the top spot by around $33,000 (£20,000) but boasting a better site average, A Walk Among the Tombstones was the week’s highest new entry in second.

The Hundred-Foot Journey has travelled to $3.6m (£2.2m) after three weeks in play.

Guardians of the Galaxy is now the highest grossing comic book/superhero outing in 2014 at the UK box office.

Well-received Nick Cave documentary 20,000 Days on Earth recorded one of the performances of the week.

The likes of Vicky, Midnight in Paris and Match Point all ended up slight above or below the £2.5m mark in the UK, a target that’s likely too far for Magic in the Moonlight.

The latest in a line of young adult adaptations, Entertainment’s The Giver could only manage a soft $305,000 (£186,729) from its 288 sites. Even discounting the big hitters of Twilight and The Hunger Games, the likes of Divergent and The Mortal Instruments all posted debuts of over £1m.

This week sees saturation releases for Lionsgate’s What We Did on Our Holiday and Sony’s The Equalizer, as Universal’s Billy Elliot the Musical - Live screens for one day on Sunday [Sept 28].

eOne’s Maps to the Stars receives a wide release, while Fox’s I Origins, Curzon Film World’s Ida and Arrow Films’ Honeymoon are among the films receiving a limited release.