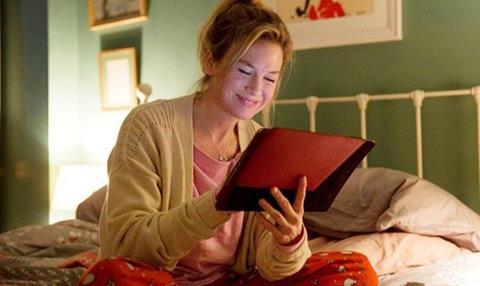 The result means that UK production outfit Working title has now passed $1bn (£770m) at the UK box office, buoyed by hits including the Bridget Jones franchise and Four Weddings And A Funeral, making them the first British company to hit that landmark.

That places it middle of the pack for Burton releases, below the likes of Alice In Wonderland, which opened with more than £10m, his biggest UK bow, but comfortably above his two more recent releases as a director, Frankenweenie (£741,863) and Big Eyes (£136,175).

Antoine Fuqua’s western The Magnificent Seven posted a three day total of £1m, pushing it to £4.35m to date.

US horror Don’t Breathe continued to tick along, suffering just a 22% drop by adding £220k over the weekend, taking its running total to £3.4m.

The Girl With All The Gifts added an estimated 167k over the weekend, taking its cume total to an estimated £887k.

The Infiltrator added an estimated £56k, putting it at £990k to date.

Director Gary Ross’s Free State Of Jones, starring Matthew McConaughey, opened to a tepid £118,677 from 226 sites, marking the director’s lowest opening behind his 1998 comedy drama Pleasantville, which grossed £322,622 from 225 sites.

Box office reporting was delayed this week due to technical problems at the Odeon & UCI cinema chain.

The Girl On The Train bows on Wednesday (Oct 5), in the same slot that Gone Girl occupied last year on its way to a £4.3m opening, while the weekend will herald the releases of John Michael McDonagh’s War On Everyone, Mel Gibson-starring Blood Father, and Louis Theroux’s My Scientology Movie.