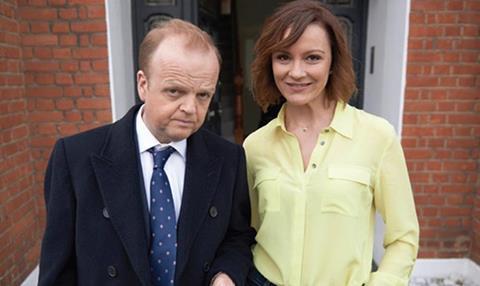 Dave mockumentary Hoff The Record and BBC1 mini-series Capital were among the winners at the 44th International Emmy awards, which recognise the best in international television programming.

British and German programmes led the evening with three Emmys each at the annual awards show, held on November 21 in New York.

Me & You Productions’ Hoff The Record, which follows actor David Hasselhof as he tries to revive his career in the UK, picked up the prize for best comedy.

BBC1 drama Esio Trot, an adaptation of the Roald Dahl book, was also represented at the awards, with US actor Dustin Hoffman winning best performance by an actor for his turn as an elderly man enamoured by a neighbour in love with a pet tortoise.

Esio Trot is a co-production between Endor Productions Ltd, Red Arrow International and The Weinstein Company.

UFA Fiction and Sundance TV’s acclaimed series for RTL Television was shown in the UK on Channel 4’s foreign-language VoD service Walter Presents, which is to air the sequel Deutschland 86 in 2018.

The International Emmy Founders Awards went to mega-producer Shonda Rhimes, who was honoured for hit programmes How To Get Away With Murder, Scandal and Grey’s Anatomy, among others.