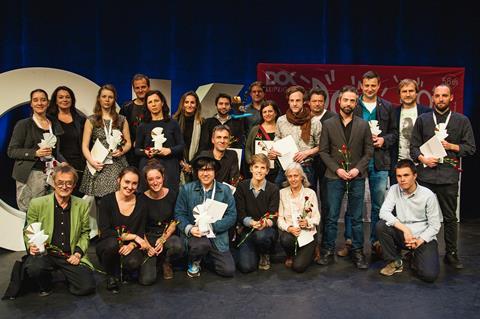 Handled internationally by Capricci Films, the film had its world premiere in Locarno’s Semaine de la Critique in August where it won the Best Film Award.

This award is Staron’s second Dove after receiving the Silver Dove for his documentary Argentinian Lesson at DOK Leipzig in 2011.

He had also served as the DoP on Jerzy Sladkowski’s Vodka Factory which won the main Golden Dove in 2010.

A full list of DOK Leipzig’s prize-winners can be found at www.dok-leipzig.de.

Looking back and forward

Speaking about her first outing as festival director, Leena Pasanen said that she had been curious to see how bringing documentary and animated films together in the same competition sections would be accepted.

“It went very well and it’s definitely something we will continue and develop further,” she noted, adding that the feedback from the filmmakers with films at the festival had been particularly positive about this change.

Another successful two innovations this year had also encouraged Pasanen to continue in the same direction: the screening of the festival’s opening film Time Will Tell by Andreas Voigt attended by almost 1,000 people in the historic waiting room at Leipzig’s Main Railway Station, and over 4,000 visitors to the DOK Neuland installations in two igloos on the city’s market square.

“The feedback from the filmmakers is that they get more visibility for their films in Leipzig,” she said. “They really appreciate the audiences here and, even when they have late-night screenings, the people are still asking questions an hour after the film has finished.”

Pasanen pointed out that the festival’s business dimension, DOK Industry, is also growing: around 1,750 professionals from 76 countries attended the week’s programme of pitching events, workshops, and panels, and 750 individual meetings were organised for the Co-Production Meeting alone.

Looking to the festival’s future development, Pasanen said that she would be looking to fine-tune the selection and curation of documentaries and animated films together. “It’s a big change in the selection process but that’s more of an internal challenge for us to master.”

“When it comes to the tough competition between festivals, we need a festival fund for us to really be able to have an international impact,” Pasanen suggested.

She said that “concrete steps” have been taken to create a fund - similar perhaps to the IDFA Bertha Fund - to be launched either next year or in 2017.

The fund’s support would not necessarily be restricted to a project’s development, but could conceivably be used as finishing money, and would also include a workshop element.