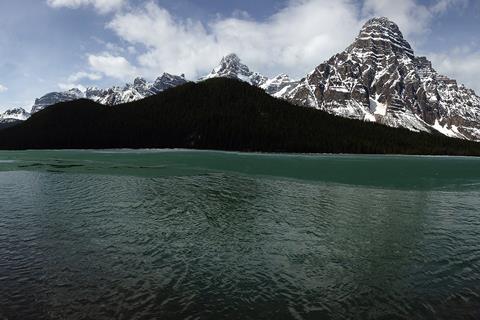 Citing direction from the World Health Organisation and the governments of Canada and Alberta, organisers have cancelled the festival’s June 14-17 run in the Canadian resort town of Banff. Delegates who have already registered will have the option to transfer their registration to next year or get a full refund. Netflix chief content officer Ted Sarandos and minister of Canadian heritage Steven Guilbeault had been among speakers scheduled for the festival.

The festival’s 2020 Rockie Awards International Program Competition will still take place, with an international jury of industry professionals currently judging entries and details of how the awards will be presented promised soon.

Other North American TV events now called off because of the pandemic include the Daytime Emmy Awards ceremony, which had been set for June in the Los Angeles area. The National Academy of Television Arts & Sciences said in a statement that in the current environment “it would simply be irresponsible to move forward with our annual celebration of excellence in daytime television at this time.”

The Primetime Emmy Awards are still set for September 20 with nominations voting beginning on June 15 and nominees set to be announced on July 14, though live ‘For Your Consideration’ screenings and events have been banned by the US Television Academy.

Commenting on the Banff festival cancellation, Randy Lennox, president of Bell Media and chair of the festival’s board of directors, said: “Cancelling the festival after 41 years of success was not a decision that we took lightly, but it was the right thing to do for festival delegates, speakers, and staff. I commend the BANFF team and our board for making this tough but necessary call, and I’m confident that the festival will come back better than ever in 2021. Please stay safe everyone.”

Festival executive director Jenn Kuzmyk added: “Although we had kept hope up in recent weeks, it became clear that it would be impossible to hold the festival with no certainty regarding what the safety situation might be by June in addition to restrictions on large gatherings and travel bans in place at most media companies. We are not able to gather in person this year, but our team is already working on new ways to connect, inform, inspire and serve our industry. We look forward to working with all of you in the coming months to do just that.”