Titles include Competition film Louder Than Bombs and Un Certain Regard winner Rams. 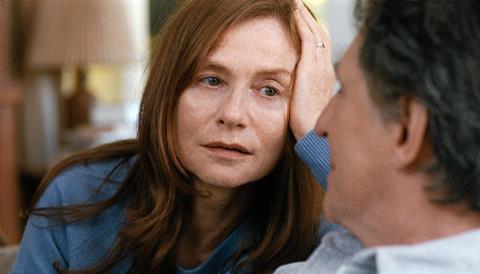 Soda Pictures has acquired UK and Ireland rights to four films out of this year’s Cannes Film Festival.

The first is Joachim Trier’s Louder Than Bombs with Jesse Eisenberg, Gabriel Byrne and Isabelle Huppert, which played in Competition.

Soda will also shepherd Grímur Hákonarson’s Rams to the UK - the Icelandic drama which won the Un Certain Regard section.

Jeppe Rønde’s Bridgend, set in a province of south Wales, will now be screened in the UK through Soda.

And Magnus von Horn’s debut feature The Here After, which played in Director’s Fortnight, has also been secured by Soda.

Soda Pictures managing director Edward Fletcher negotiated the other two deals: Louder Than Bombs with Tanja Meissner from Memento Films International; and The Here After with Susan Wendt from TrustNordisk.

Release dates for all titles will be announced later this year.