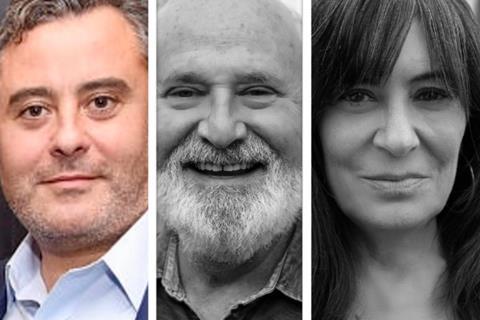 Castle Rock Entertainment, the label behind Hollywood hits like When Harry Met Sally, The Shawshank Redemption and In The Line Of Fire, has relaunched its film division with a $175m film fund.

Rob Reiner, who co-founded the company in 1987 with Martin Shafer, Andrew Scheinman, Glenn Padnick and Alan Horn, will continue as CEO. Michele Reiner and Matthew George serve as co-presidents.

The company has a first-look deal with Warner Bros on theatrical content in addition to an existing deal relating to Castle Rock television productions.

Additional key hires include: He nan Narea , who joins the company as CFO following his tenure as senior partner at Banksville Partners LLC and MD/principal of JPMorgan Chase’s securities subsidiary in New York; Courtney Shepard as SVP of development who previously served as head of development post at Savvy Media Holdings; Michelle Goldfine, who will be promoted to VP of development from the director of development role she previously held at Castle Rock Television; and T.J. Bryson as a development executive.

“I couldn’t be more thrilled,” said Reiner. “The Castle Rock lighthouse has always signalled a safe harbour for the creative community. With this relaunch, we will be able to continue the tradition of providing an environment for filmmakers to do their best work.”

George previously collaborated with Reiner on the biopic LBJ and together with Rob and Michele Reiner produced Shock And Awe, which George also produced and financed through his Savvy Media Holdings. His credits include Wind River starring Jeremy Renner and A Private War starring Rosamund Pike.

Castle Rock has produced more than 125 films including A Few Good Men, City Slickers, Miss Congeniality, The American President and The Shawshank Redemption. Castle Rock also produced one of the most successful comedy series in history, Seinfeld.