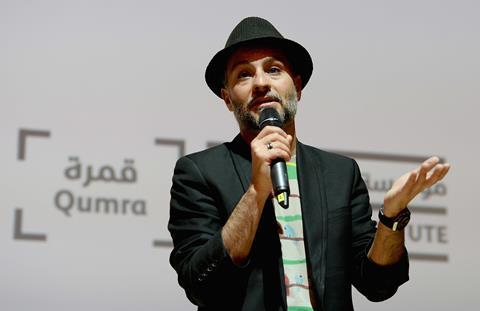 The Cairo International Film Festival (CIFF) has bolstered its industry team with the appointment of Chadi Zeneddine as head of its Cairo Film Connection (CFC) co-production market.

His predecessor Meriame Deghedi has been promoted to the role of head of the festival’s industry programme, the Cairo Industry Days, taking over from Aliaa Zaky.

Zeneddine is a well-known figure on the Middle East film festival and industry event circuit thanks to his previous role as a senior programmer at the Doha Film Institute (DFI). During his eight years at the institute, he was involved in its grants programme, training activities and helped shape its annual talent incubator Qumra.

The upcoming edition of CIFF is due to unfold December 1-10.

The CFC is a key element of the Cairo Industry Days, which are due to run December 3-6 this year. It traditionally showcases around 15 projects at the development or post-production stages and awards some $200,000 worth of prizes.

It has supported some 120 filmmakers to date. They include Iraqi-Italian director Haider Rashid who attended with his project Europa, which is set to premiere in Cannes Directors’ Fortnight as well as Egypt’s Yousry Nasrallah, Tunisia’s Kaouther Ben Hania and Mehdi Barsaoui and Jordan’s Bassel Ghandour.

As well as the CFC, the Cairo Film Days programme also features masterclasses, panel discussions, and other events aimed at supporting filmmaking talent from the Middle East and North Africa.

“With more than 150 meetings made in last year’s exceptional edition, we’re aiming to maintain Cairo Industry Days as the meeting point of film creators and strengthen the market of independent cinema within the region,” said Deghedi.

Submissions for the CFC are currently open until August. To be eligible for consideration, projects must be directed by filmmakers of Arab nationality or origin.