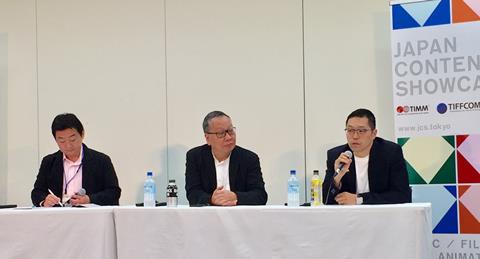 Marza’s chief creative officer Chuck Williams, formerly with Pixar and Disney, will use his experience to fuse together the different animation cultures of the US, China and Japan.

“Most [Japanese] films are made through production committees, but that doesn’t apply to the international film financing scheme. We need to adapt ourselves to that international standard, but that is a challenge that Toei Animation is willing to take.”

The film will be made in English but dubbed into other languages with a specially created Chinese-language version, similar to Oriental DreamWorks’ Kung Fu Panda 3.

A Tokyo-based company, Tehn Animation Magic, has been formed by Toei Animation, Sammy and Sola, with Japan’s leading CGI production studio Sanzigen, to be the production hub of the film. Tenh will also work with experienced animation studios in Japan and China.

The project has already been approved by China’s censorship authorities and is currently in pre-production for tentative delivery around the time of the Tokyo Olympics in 2020.

Toei Animation and A Really Good Film Company are also working on a live-action version of popular Toei Animation manga Saint Seiya: Knights Of The Zodiac.