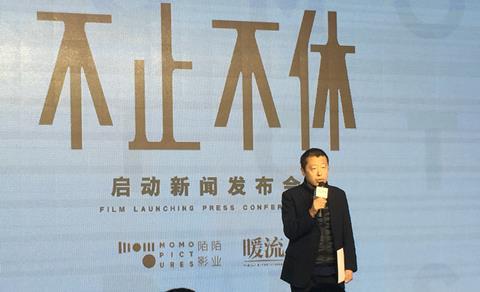 Jia Zhangke announces ‘The Best Is Yet To Come’ in Pingyao

Momo, one of China’s biggest social media and live streaming apps, is moving into film production with Beijing-set drama, The Best Is Yet To Come, to be executive produced by Chinese filmmaker Jia Zhangke.

The move was announced today at the Pingyao International Film Festival (PYIFF), which was co-founded by Jia and counts Momo among its major sponsors.

Directed by first-time feature director Wang Jing, the film revolves around a group of young people who move to Beijing in the early 2000s, just as the city’s economic development was starting to take flight.

Momo started out as a dating app, similar to Tinder, before moving into the live streaming space as it started to boom in China. The Beijing-based tech giant also moved into reality TV production last year, as competition for talent that can attract eyeballs to the country’s growing number of live streaming platforms heats up.