Nolan’s Second World War epic is one of a number of large-scale productions to utilise the territory; TV could be next. 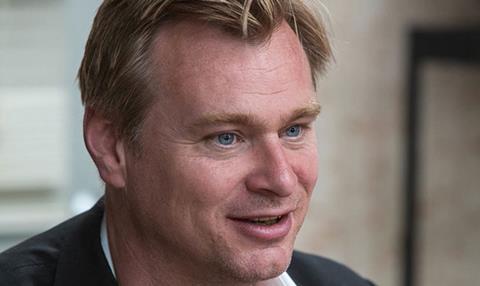 After a quiet start, the 30% Dutch “cash rebate” scheme launched in the summer of 2014 is beginning to take off and the Dutch are ramping up their co-production activities.

One very significant coup was attracting Christopher Nolan’s Second World War IMAX epic Dunkirk, which stars Tom Hardy and Harry Styles, to the Netherlands. Nolan’s film shot for more than four weeks in the Netherlands over the summer and received $1.2m (€1m) through the new incentive scheme.

The Warner Bros. production was based at the harbour of Urk, a small fishing village, and made extensive use of huge freshwater lake (the largest in Western Europe), The Ĳsselmeer. It is understood that Dunkirk’s Dutch cinematographer Hoyte van Hoytema was a major advocate of shooting in the Netherlands. Local company Kaap Holland Film came aboard the project as the Dutch co-producer.

The Dutch ministry of defence granted special permission to the filmmakers to use the military air space over Urk. The one restriction placed on Dunkirk, which Nolan and his producers readily accepted, was not to shoot on Sundays (Urk remains a fiercely religious community).

Dunkirk follows on from another major US production, The Hitman’s Bodyguard, which also shot this summer in the Netherlands and accessed the incentive (receiving a reported $960,000 (€857,000)). The action comedy, a Millennium Films production with Skydance Productions and Campbell Grobman Films that will be distributed by Lionsgate in the US, stars Ryan Reynolds, Salma Hayek and Samuel L. Jackson and filmed in Amsterdam.

French-made thriller Gangsterdam, directed by Romain Levy and partly shot in Amsterdam’s red-light district, received an estimated $730,000 (€650,000) through the production incentive. Venice and TIFF title Brimstone, a revenge western starring Dakota Fanning, also accessed the incentive. While the film didn’t shoot in the Netherlands, writer-director Martin Koolhoven and nearly all of the crew were Dutch.

Also shooting in the Netherlands this summer was the second season of sci-fi TV show Sense8, a Netflix original series created by The Matrix film-makers the Wachowskis. This wasn’t eligible for the cash rebate, which hasn’t yet been extended to television. Lana Wachowski, however, was given special permission to shoot inside one of the country’s most famous cultural landmarks, the Rijksmuseum in Amsterdam, which houses many classic Rembrandt paintings.

Doreen Boonekamp, CEO of the Netherlands Film Fund, confirmed this week at the Holland Film Meeting (HFM) in Utrecht that talks with the government are underway to extend the cash rebate incentive to television and animation, possibly as soon as next year.

To date, 154 projects have now received support through the cash rebate system, 98 of them international. There are moves now to strengthen ties between the Dutch and UK industries. At least two UK features are expected to use the Dutch 30% cash rebate in coming months.

“For such a young scheme, I think the results are extremely strong,” Boonekamp commented of the production incentive.