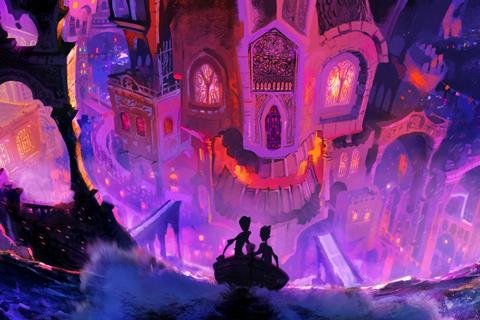 The title from Guadalajara-based animation studio Metacube Technology and Entertainment (Sugar Skulls) is in post-production and scheduled for a wide theatrical release in Mexico through distribution powerhouse Videocine on November 2, coinciding with Mexico’s Day of the Dead celebrations.

Dia De Muertos follows a young orphan named Salma who is unable to honour her parents on the annual Day of the Dead celebrations because she cannot remember them, nor does she possess any mementos.

When Salma’s two foster brothers, Jorge and Pedro, discover an ancient book of stories and spells that could be the missing link to her mysterious past, they embark on a journey to the afterlife with friendly ghosts, skull babies, and a mysterious wizard. CMG will launch sales at the EFM next month and will show a promo reel in Berlin.

“Dia de Muertos is a wonderful family-friendly animated feature which will fit perfectly in the fall line-up of distributors around the world,” said CMG president Edward Noeltner. “We are very excited to be working with Estefani Gaona and animation studio Metacube, whose animators are delivering an exceptionally well animated feature with universal appeal.”

CMG’s animation slate includes: Ainbo: Spirit Of The Amazon, which screened as a work in progress at Ventana Sur in Buenos Aires last December and has sold to more than half the world; upcoming Noah’s Ark: A Musical Adventure with Walter Salles on board as executive producer; The Canterville Ghost, based on the Oscar Wilde novella and produced by Space Age Films and Stephen Fry and Gina Carter’s Sprout Pictures; and Triggerfish Animation’s third animated feature Seal Team, which is currently in production in Cape Town, South Africa.