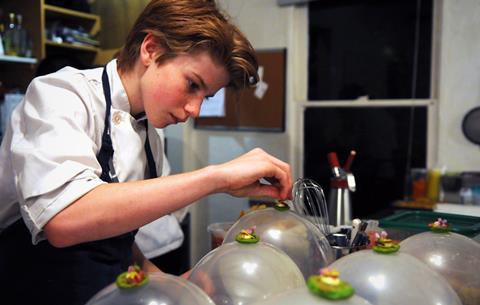 Cinetic International has announced a raft of deals at the recent AFM on Cameron Yates’s documentary and Sundance world premiere Chef Flynn.

Cinetic International expects to announce further deals shortly on the film about 10-year-old Flynn McGarry, a homemade culinary whizz who turned his living room into a supper club, used his classmates as line cooks, and served a tasting menu containing ingredients from his neighbours’ backyards.

As his fame grows, McGarry sets out to challenge the hierarchy of the culinary world. His first restaurant, Gem, opened in New York City in the spring and earned a Critics Pick review from The New York Times.

US distributor Kino Lorber will open the film in LA on Friday (16), and expand into additional major markets in the second weekend.