EXCLUSIVE: Head of Dutch film promotion outfit to step down after 20 years. 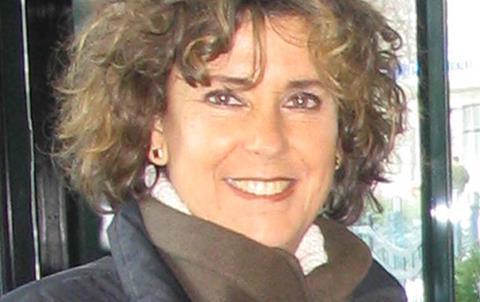 After 20 years as head of EYE International (formerly Holland Film), Claudia Landsberger will leave EYE in early 2015 to establish herself as an international film consultant for her new company, BaseWorx For Film.

She will focus on international festival and marketing strategies, festival programming and script development.

Landsberger professionalised the international marketing and promotion agency Holland Film that merged into EYE International and was instrumental in the Academy Award campaigns for Dutch Foreign Language Oscar winners Antonia’s Line and Character as well as nominees Twin Sisters and Zus en Zo.

Landsberger was the co-founder of European Film Promotion and served as its president for many years. For the past 12 years she has sat on the Berlinale Competition Programme Selection Committee, and continues to serve on the selection committee of the Hamburg Schleswig Holstein Film Fund.

In addition, she has sat on numerous festival advisory boards and is a member of the European Film Academy.

Speaking of her imminent departure, Landsberger said: “I could have continued with great pleasure for many more years and I would have initiated many more activities. But there comes the day when you know you have to take the next step in life.

“I can look back with a great sense of fulfilment and pride because we achieved a lot during these years at Holland Film/Eye International.

“Because the international film festival world and market are continuously moving you have to invent all the time new ways to get these films and filmmakers on the radar of the industry to be able to launch them in the right way.”

“As a small film nation it just is not easy to conquer a place in the international film industry,” den Hamer added.

“But thanks to Claudia we did: numerous international awards and countless Dutch films at many international festivals, an Online Dutch Film festival in China, a Dutch Film week in Havana, a retrosective of Johan van der Keuken in Portugal, just to name a few events that are happening at this very moment.

“Over the past 20 years there were hundreds, thousands of Dutch film events abroad organised by Claudia and her team. She deserves endless respect and the deep gratitude of the entire Dutch film sector.”