Comic-Con: Edward Snowden 'did not have a plan' to get out of Hong Kong

The NSA whistleblower admitted to a small group at a Q&A on Thursday night that he did not expect to get out of Hong Kong after he transferred top secret information to reporters in 2013. 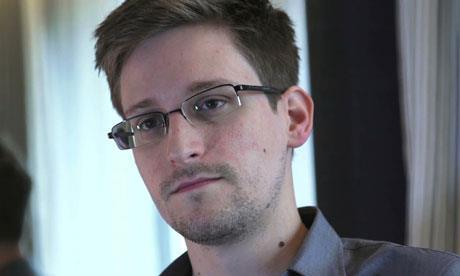 “I didn’t have a plan beyond getting the story out there,” Snowden told an invite-only audience via Google Hangouts from Moscow following the first screening of Snowden.

“I planned to ask the world for justice and see what happened. It’s surprising how that worked out. I was en route to Latin America when the US cancelled my passport. I still cannot travel.”

A moment later Snowden added that given his track record as a staffer at the CIA and a contractor at the CIA and the NSA who had taught counter-intelligence classes, he was somewhat qualified to get away.

“I was about as well-placed as anybody could be to do that effectively.”

He expressed discomfort over watching his own brief appearance in the film, which prompted Stone to add he shot nine takes.

This, the director recalled, was in contrast to the experience of filming Donald Trump for out-takes to Wall Street: Money Never Sleeps. The Republican presidential nominee, for whom Stone professed a “weird” fondness, enjoyed the experience and declared himself satisfied with his performance.

Snowden, who appeared rested and happy to be taking part in the Q&A and now lives in Moscow under a three-year residency visa, also confirmed his delight that girlfriend Lindsay Mills lives with him, where he enjoys “a surprisingly free life”.

While he was unable to talk about sensitive details of his dealings with The Guardian columnist Glenn Greenwald and documentarian Laura Poitras on the story in 2013 he shed light on broader issues.

“There’s a responsibility as citizens to weigh in on our community,” he said. “When we see what seems to be a collapse of vales, talk to your family, talk to your friends and try to figure out how they respond to the media around them… and what you think the future should look like.”