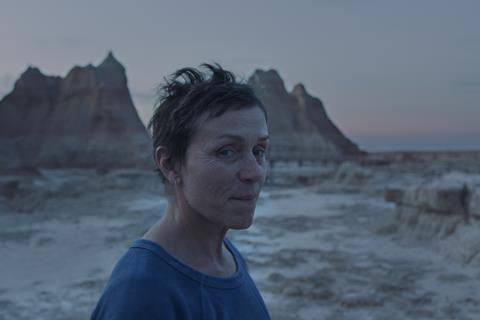 The group has moved quickly amid speculation over which awards shows might step up as controversy continues to envelop the Golden Globes.

The show will continue its combined film and television awards format and will air live on The CW Network.

“We are thrilled to be partnering with The CW again and looking forward to gathering in person to celebrate the finest work of this upcoming season,” said Critics Choice Association CEO Joey Berlin.

”The 27th Annual Critics Choice Awards will mark a return to the glamorous, star-studded revelry that make these nights absolutely unforgettable.”

Among this year’s winners were Nomadland and Chloe Zhao for best picture and director, Chadwick Boseman for best actor for Ma Rainey’s Black Bottom, and Carey Mulligan best actress for Promising Young Woman.