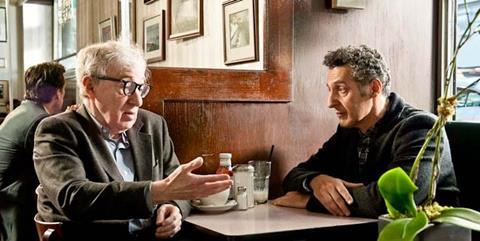 Nadav Schirman’s documentary thriller is screening in the World Documentary competition at Sundance and chronicles the recruitment by Israeli secret services of the son of a Hamas leader.

The supporting cast includes Sharon Stone, Vanessa Paradis, Sofia Vergara and Liev Schreiber. The film is likely to be released in May.

Rounding out the acquisitions is Pawel Pawlikowski’s award-winning black and white feature Ida, the story of a young nun in 1960s Poland who experiences a crisis of faith.

The film was picked up by Music Box in the US and has won numerous awards, including the Best Film prize at the London Film Festival.

Release dates for The Green Prince and Ida have yet to be announced.