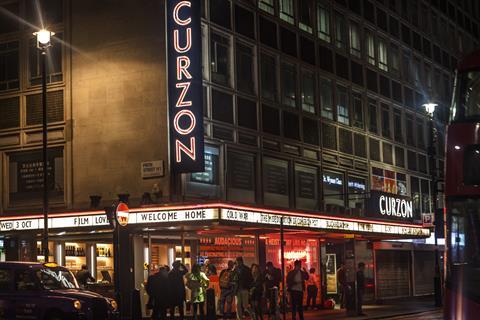 UK cinema chain Curzon is to begin reopening its cinemas from July 17, nearly four months since closing all its venues due to the Covid-19 pandemic.

Curzon CEO Philip Knatchbull said on Twitter: “Great great news. Curzon will start to open its cinemas from July 17th starting with the Curzon Canterbury, followed by Curzon Mayfair July 24th and all others from July 31st.”

In a subsequent statement, he explained: “The partial reopening is to ensure we have all the safeguarding measures in place for the wellbeing of our customers and staff.”

He also teased the release of a black and white version of Parasite, Bong Joon Ho’s Oscar-winner whose UK distribution is handled by Curzon and was due for theatrical release at the end of March but was scuppered when all cinemas closed nationwide on March 20.

The announcement follows a greenlight from the UK government that cinemas in England can reopen from July 4 with Covid-19 safety measures in place. Official guidelines for operating cinemas safely were released today.

In reference to these precautions, Knatchbull added: “We will be taking comprehensive health and safety precautions and our cinema staff have undergone the necessary training. The safety measures in place will include clear signage, sanitation stations, allocated seating, social distancing plans, contactless payments, staggered film times and enhanced cleaning. We will be on hand to advise and help customers feel comfortable and secure.

“We look forward to welcoming you all back with open (but socially distanced) arms.”

Curzon closed all its 13 cinemas across England on March 19 and staff at the company quickly agreed a temporary pay cut to avoid redundancies. The highest-earners at the exhibitor-distributor, which was acquired by US-based Cohen Media Group in December, are understood to have taken the biggest cut.

The company shifted its efforts to its streaming platform, Curzon Home Cinema (CHC), as audiences sought out home entertainment during lockdown. This translated into record numbers for the platform, peaking during the first weekend of May with the early digital release of Harvey Weinstein-inspired drama The Assistant, which recorded a revenue boost of 340% on the equivalent weekend in 2019.

Distributor Curzon Artificial Eye also moved to acquire several new titles to keep topping up its offering of new titles during the lockdown.

During a virtual panel discussion at the Cannes Marché du Film Online this week, Curzon marketing and brand director Kate Gerova said of CHC: “The spikes have been incredible. Is there a tail off? There is a little bit as we’re coming out of lockdown and it’s the seasonality of it as well.

“With cinema, people have a more emotional, social connection whereas digital is more transactional. So people do come out for the right film but, overall, we are seeing a slight dropping off. But still, even now compared to where we were a year ago, it’s phenomenal.”

As audiences return to cinemas, Gerova said that she hoped to see viewing spread out across the week, rather than peak at the weekend. “At Curzon, we’d like to see people spreading out their viewing in the week, rather than it just be on Friday and Saturday, especially while we have social distancing in cinemas… so you don’t have so much peak or off-peak. Can we change the way people go to the cinema? That’s a big issue.”