The Oscar-winning actor did not praise the president-elect as claimed in an article that appeared on the social network on Monday, according to his publicist. 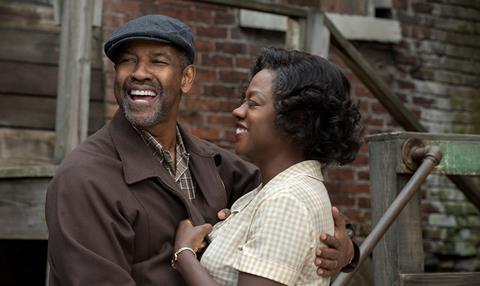 Alan Nierob of Rogers & Cowan told Screen on Tuesday that the story, which ran on Facebook’s American News page, was “fake”.

The post claimed the director and star of awards season contender Fences (pictured) said recently, “We need more and more jobs. [Trump has] hired more employees, more people, than anyone I know in the world.”

Although the entry on American News has been removed, the BBC, which broke the story about the fabricated report, said it was picked up and shared more than 22,000 times.

Facebook has come under intense scrutiny over the veracity of certain articles on its pages purporting to be news stories during the US election campaign.

“After the election, many people are asking whether fake news contributed to the result, and what our responsibility is to prevent fake news from spreading. These are very important questions and I care deeply about getting them right. I want to do my best to explain what we know here.

“Of all the content on Facebook, more than 99% of what people see is authentic. Only a very small amount is fake news and hoaxes. The hoaxes that do exist are not limited to one partisan view, or even to politics. Overall, this makes it extremely unlikely hoaxes changed the outcome of this election in one direction or the other.

“That said, we don’t want any hoaxes on Facebook. Our goal is to show people the content they will find most meaningful, and people want accurate news. We have already launched work enabling our community to flag hoaxes and fake news, and there is more we can do here. We have made progress, and we will continue to work on this to improve further.”