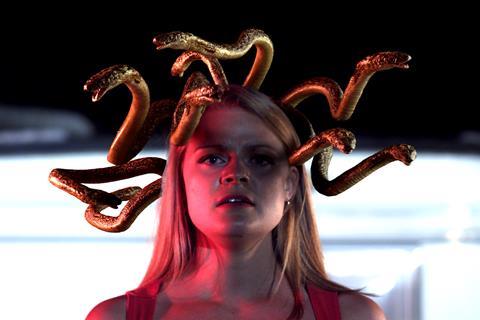 It has worldwide rights to Medusa: Queen Of Serpents, a supernatural horror from UK writer-director Matthew B.C, who wrote the screenplay with Scott Jeffrey. The title was produced by Jeffrey’s UK company Jagged Edge Productions, and debuted at the UK’s online Soho Horror Film Festival in November 2020.

Based on the story of the eponymous mythological creature, it centres on a young woman who morphs into a deadly reptile following a lethal snake bite.

Devilworks has also picked up international rights to Canadian horror Hostage, directed by Eddie Augustin and written by Augustin and Laura Ashley Polisena.

It follows a young thief who discovers more than he expected when breaking into a suburban home for some quick cash.