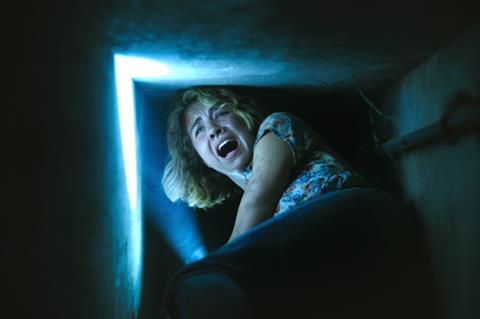 Genre sale outfit Devilworks has added two titles to its slate ahead of the European Film Market in Berlin (February 7-15).

After The Lethargy, the first English language feature from writer-director-producer Marc Carrete (Framed), is a sci-fi centred on a young journalist who travels to the site of a terrifying alien abduction. Andrea Guasch, Joe Manjón, Ramon Canals and Mark Schardan star, with production through Carrete’s companies After The Lethargy AIE and Creatures of the Dark. Carrete and Charles Hamilton are executive producers.

The title was first screened in the Pitchbox programme at Sitges as a proof of concept; Devilworks has taken worldwide rights.

Another new acquisition is An Accidental Zombie (Named Ted), a horror romance directed and written by Anne Welles. It centres Ted, who is in denial about being a zombie until he meets a young vampire at a paranormal therapy session. Kane Hodder, Naomi Grossman, Cameron McKendry and Akari Endo star.

Executive producers on the film include Christopher Peuler, Peter A. Lees, Andrew M. Hart and Hodder. It was released on VOD in North America by Gravitas Ventures on October 16, 2018.